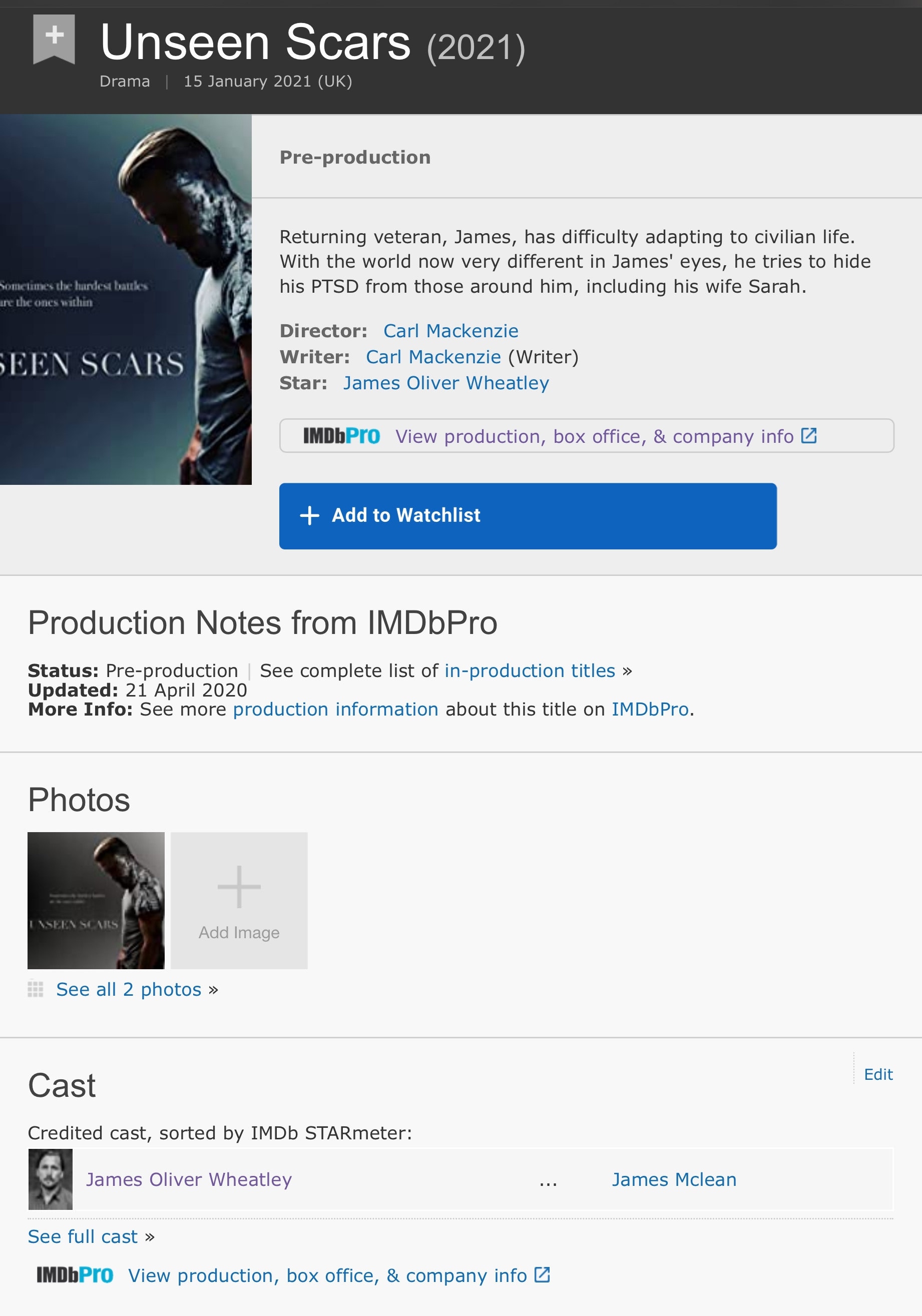 I recently spoke with film Director Carl Mackenzie, during a recording to support a new feature film which is due for release in 2021, called Unseen Scars.

This feature film shares a true story about a soldier who returns home after active service and details the challenges he experiences from a serious problem called PTSD (Post Traumatic Stress Disorder).

The film will deliver hard hitting messages on the massive impact that PTSD has on the sufferer and their close family and friends.